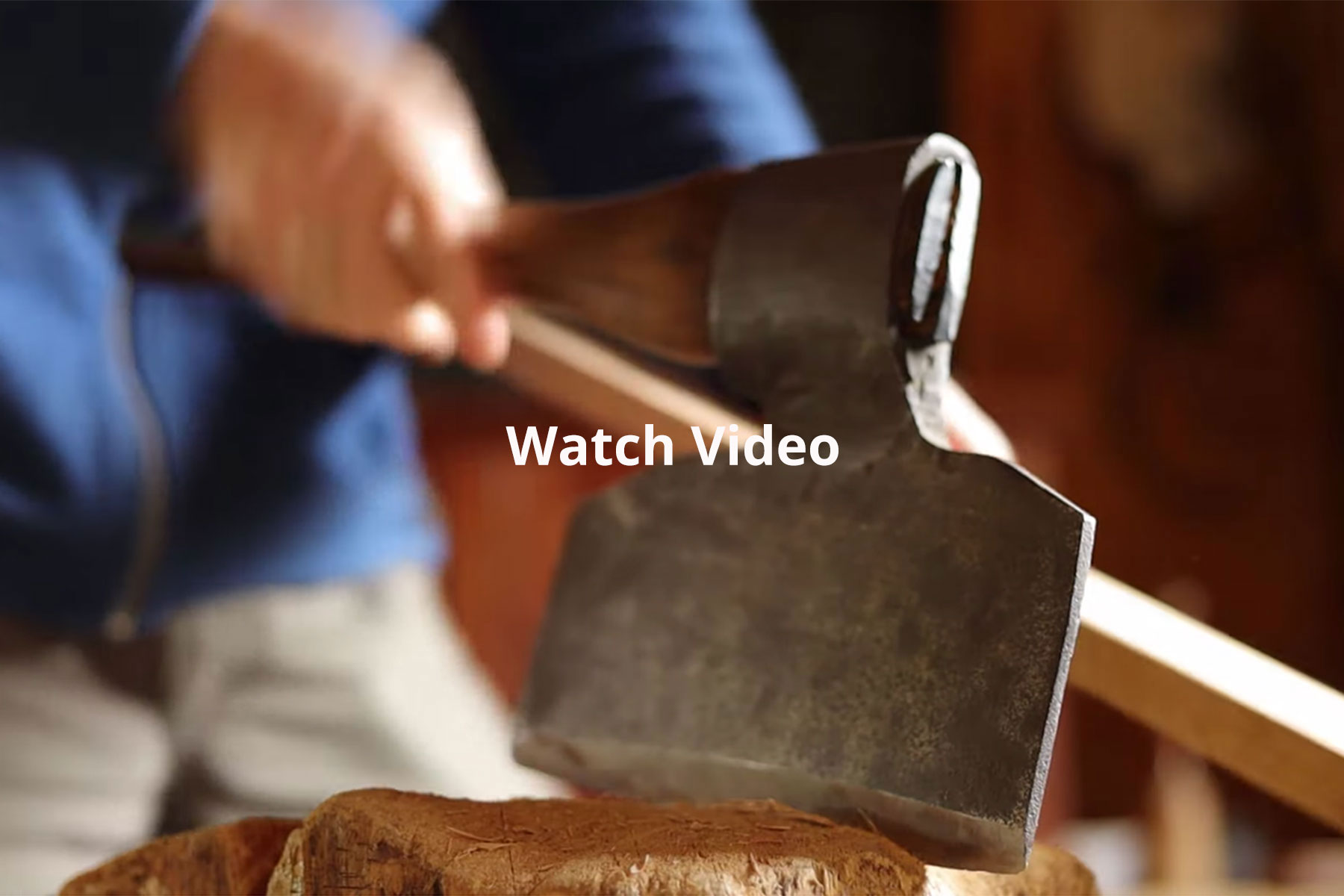 Coopered vessels by Marshall Scheetz in our shop ->

Until I saw the solid and tightly coopered sea service bucket by Marshall Scheetz of Jamestown Cooperage, I never gave much thought to how, even just 100 years ago, coopered wooden containers were essential for people in their daily lives.

“It is so interesting to look at 18th century illustrated encyclopedias. Almost every image in every chapter depicts people from all walks of life using barrels, tubs and buckets for their work”, Marshall points out. He is one of only half a dozen or so remaining master coopers in the U.S. with the ability to create and repair all kinds of cooperage using traditional tools. The types of work that Marshall makes include the most difficult watertight casks for carrying valuable liquid like wine to everyday vessels like tubs, buckets and tankards that have now mostly been replaced by plastic counterparts.

Many apprenticeships failed because of the long-term commitment that is required. Also, people often entered the training program believing (as I did) that other woodworking skills like carpentry would easily translate into coopering skills that, in fact, does not. Marshall explains that coopering “requires equal parts brute strength and graceful manipulation of materials”, so “the physical demands of the trade can use you up.”

With a surge of renewed appreciation and demand for liqueurs like whiskeys, wines and beers aged in wood barrels, there are currently many coopers working in the U.S. I remember reading a few years ago about a barrel shortage in the booming bourbon industry, so the cooper’s trade, in the form of barrels, is thriving. These industrial coopers assemble staves, drives hoops, and repair casks just as traditional coopers do, but Marshall is unique because while he can make and repair casks, he also creates smaller items like buckets, tankards and tubs that require an additional set of skills and tools.

While industrial coopers spend the majority of their time operating machinery, Marshall continues an ancient skill of cooperage using traditional tools taught by his master. As a scholar, teacher, and expert on cooperage history, it is important for Marshall to carry on what was taught to him.

To make a cask, Marshall uses about two dozen tools. Most of the hand-tools that he uses are antiques from the 19th to early 20th centuries. They are oiled on a daily to weekly basis and grounded or sharpened only as needed on a traditional whet stone wheel with water.

Marshall occasionally prepares raw materials from trees, but mostly, he uses quarter-sawn timber from mills so that he can focus his time on honing his coopering skills.  Manually shaping the wood for staves and other parts of the coopered vessel require cognitive skills that are more like sculpting than woodworking. To create a watertight vessel, he measures subtle details by touching the stave and scanning for corrections, and makes them liquid tight simply by the fit of the pieces.

The resulting buckets, tubs and everyday containers are high-quality functional items and they carry the intrinsic beauty of the hand and its work.

Marshall jokes that “hand-making products by yourself in the modern capitalistic society can be economic suicide”. But Marshall thinks of himself as a keeper of the cultural heritage of an ancient skill, which means that he is constantly researching about cooperage history. Some of the topics that he is currently studying include looking at the production points of Hagley Gunpowder Mills, the whaling industry of New England, and cooperage made by the Shakers in the late 18th and 19th centuries.

Yanagi Muneyoshi, the Japanese founder of the Mingei movement said, “handwork, because it has nature behind it, has a way of fostering good life.” Marshall clearly has a fulfilling job with a purpose, and that certainly entails a “good life.”